Welcome to Becoming a Citizen Activist ColumnI have been writing Citizenship Politics since September 1996, although it was published as Urban Politics up to September 2020. Initially, my focus was on Seattle and regional politics. Since leaving the Seattle Council, I’ve focused on national political and social trends. The Citizenship Politics newsletter is emailed out up to three times a month. As of April 2021, there are 10,000 subscribers; 70 percent are university faculty at over 250 universities and colleges throughout all fifty states. Subscribers can cancel at any time by replying “Unsubscribe Citizenship Politics” in the Subject Line. If you or a friend do not currently receive it, you can subscribe by scrolling down to the bottom of my home page http://www.becomingacitizenactivist.org and submitting your email address.

‘Reclaiming Gotham’: NYC a case study in a push for more affordable cities
by Nick Licata –  Special to The Seattle Times 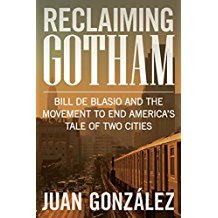 You can read the book review on the Seattle Times website here. Or Below.

González uses New York City’s politics to illustrate how that can happen. Under Mayor Michael Bloomberg, New York saw the economy boom, with developers replacing huge, rundown inner-city neighborhoods with much higher costing housing for the influx of largely younger, wealthier and whiter residents. At the same time, there were further reductions in public spending on social services.

In 2013, mayoral candidate Bill de Blasio, a former City Council member, won election, along with a slate of very progressive new city public officials. Sharing a philosophy that New York was dangerously out of balance in the distribution of incomes and wealth, they set about reversing that course.
González describes in fascinating detail not only how de Blasio beat the odds to win, but how he began to reshuffle the city’s priorities. His collection of programs provided universal prekindergarten to 70,000 children, paid sick leave for all employees, froze rent increases for tenants in rent-regulated private buildings, and initiated services or programs that saved residents from spending an estimated $21 billion.

González notes that because 80 percent of the country’s 75 largest cities have Democratic mayors, many promoting liberal programs, they can provide a bulwark for resisting President Donald Trump’s reactionary policies. By pushing the twin goals of equity in city services and effective municipal governance, politicians can alter the “Tale of Two Cities” from one where cities are divided rich and poor, white and nonwhite, to one of greater community. 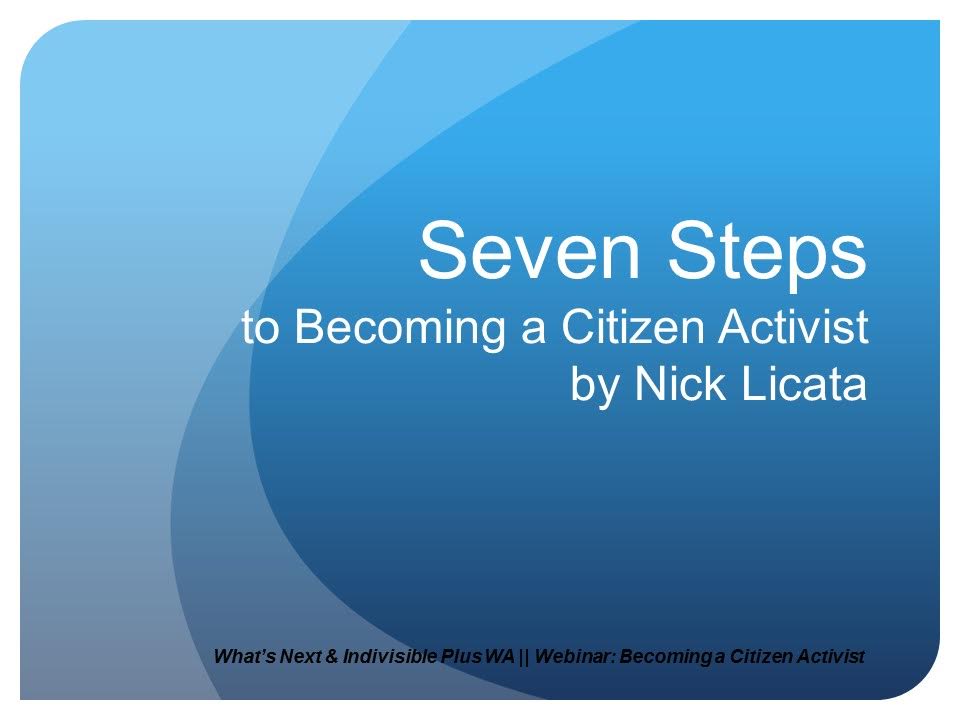 Have you recently become more politically engaged? Would you like to know how to make that engagement as effective as possible? Recently, Nick Licata was joined by Indivisible Plus WA and Whats Next for a live webinar about his experience as a citizen activist and what you can do today to be part of effective change in your community and country. Check out the live recording and download the PowerPoint, 7 Steps to Becoming a Citizen Activist below.