Visiting the Twin Cities – The Struggle for Justice in the Workplace 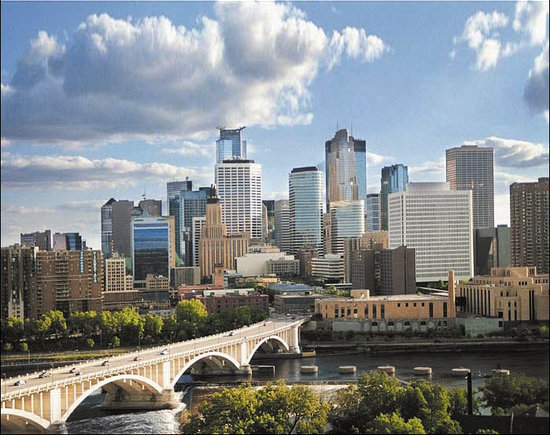 I’m speaking on Tuesday, Sept 13th in Minneapolis and St Paul on how Becoming a Citizen Activist can guide strategic actions and mobilize support for progressive change. Please pass on these announcements to folks you know in the Twin Cities.

Advocates for raising the minimum wage to $15 (lead by the groups 15 Now, Centro de Trabajadores Unidos en Lucha, Neighborhoods Organizing for Change) gathered enough valid signatures on a petition to send the issue to voters through a charter amendment. The need for increasing the minimum wage in Minneapolis is apparent in light of the fact 28% of its residents live in poverty. Those numbers are even higher for families of color, including 49% of Black households, 65% of American Indians, and 34% of Latinos. And polling showed 68 percent of 400 voters surveyed said they’d vote in favor of a $15 minimum wage.

However, the city attorney determined that the petition did not fall into the narrow spectrum of city issues that can be decided by voters in Minneapolis according to the city charter. Thereafter the majority of the council and the mayor, up refused to place it on the ballot this November.

Minneapolis Council Member Lisa Bender (lisa.bender@minneapolismn.gov) co-authored a resolution requesting that their city council staff make a recommendation on the minimum wage issue by the second quarter of 2017. The Supreme Court did say that the Council could adopt a minimum wage through an ordinance. The advocates have said that their attention is now to focus on getting the council votes to pass such an ordinance, preferably this year.

Beginning July 1, 2017, employees will accrue sick and safe time. In the meantime their Council approved the creation of a Workplace Advisory Committee consisting of both business owners, employees and unions which among other responsibilities will be to “Prepare a two-year work plan that focuses on workplace issues, such as the implementation of the City of Minneapolis’ sick and safe time policy, and update such plan on an annual basis.”

St. Paul is more of a working class city with a smaller population and economic base than Minneapolis. Although raising the minimum wage would certainly benefit many people, perhaps even a higher percentage than in Minneapolis, no legislation or initiatives have been introduced.

Advocates for raising the minimum wage in St. Paul have first focused on passing paid sick leave. They have also monitored Minneapolis’s council work and now passage of their $15 minimum wage law on September 7, 2016.

On February 3, 2016 the Saint Paul City Council unanimously passed a resolution convening a task force to discuss the possibility of extending earned sick and safe time to all employees in Saint Paul. On July 19, 2016 the Human Rights and Equal Economic Opportunity Commission, without amendments, approved the Earned Sick and Safe Time Task Force Recommendations as well as a draft of the ordinance. Finally, on September 8, 2016 the council unanimously passed the Paid Sick Leave Legislation. You can locate the legislation at https://stpaul.legistar.com/LegislationDetail.aspx?ID=2801386&GUID=D3340F14-A618-4A88-8D04-E820E6C352C7

The Department of Civil Rights will investigate complaints but will work proactively and collaboratively with employers. There is also a provision allowing workers to sue their employer if they felt they had been retaliated against for using sick leave or reporting a sick leave violation.

St. Paul is now the second city in Minnesota to require employers to give workers paid sick time, and some have said that it is a more inclusive and worker-friendly approach than Minneapolis’s version, which was approved in May 2016. A month later in June Chicago adopted a sick leave regulation. Duluth is currently looking into an ordinance.