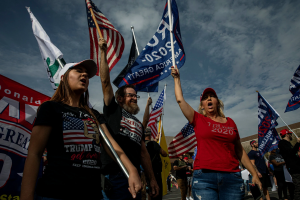 Supporters of President Donald Trump gathered outside the office where ballots were being counted in Phoenix on Nov. 6.  Credit…Adriana Zehbrauskas for The New York Times