One nation, under inequality:

‘The Inner Level’ examines the psychological toll of the wealth gap

In their 2009 best-seller “The Spirit Level” Richard Wilkinson and Kate Pickett found that “inequality affects the vast majority of the population, not only the poor minority.” “The Inner Level” follows up on that work.

Richard Wilkinson and Kate Pickett’s The Inner Level is a follow up to their 2009 bestseller The Spirit Level. Their first book reviewed several hundred studies, which expounded on their book’s subtitle: Why Greater Equality Makes Societies Stronger. Their breakthrough finding was that “inequality affects the vast majority of the population, not only the poor minority.” The data also supported their contention that closing the wealth gap between the highest and lowest income citizens reduced the cost and impact of health and social problems, such as violence and drug abuse, for an entire society.

They update their previous research to demonstrate ever more strongly that the US is not “the land of opportunity.” Because it is one of the most unequal societies, offering less upward mobility than in most other economically developed democracies.

If they had gone no further, the new book could have served as a valuable renewed version of their original work. But they go further. I felt that their contention that we are in a new era where inequality affects everyone’s mental health, was at times too ambitious for the data presented. Nevertheless, they break new ground – going beyond the economic impact that cripples a society that cannot create a reasonably balanced distribution of wealth – by extending the fallout from inequality into the psychological realm. However, they quickly turn the reader’s frame of mind away from assuming that they are concerned about individual neuroses with their first chapter’s title “This is Not A Self-help Book.”

Their new book’s long subtitle could serve as the lead into a manifesto: How More Equal Societies Reduce Stress, Restore Sanity and Improve Everyone’s Well-Being.  It is a grand sweep for describing what is ailing our modern psyche: stress caused by inequality. As a result, there is anti-social behavior along all class lines, from the poorest to the richest. While studies and data of modern economically developed nations support this connection, the authors tend to gloss over the extent to which inequalities in the past have had the same effect.

For instance, they say “the rise of inequality since the end of the 1970s has intensified status competition and consumerism” yet, they note that over a hundred years ago Thorstein Veblen coined the term “conspicuous consumption” to describe of how Americans’ purchases “expressed their social status aspirations.”

It’s not just that stress has increased, but “depression, psychotic symptoms, schizophrenia, and narcissistic traits are all significantly more common in unequal societies.” Lacking a control group to validate these conclusions, as social epidemiologists, Wilkinson and Pickket, compare how institutions and social structures in other countries influence public health.

Scandinavian countries score the highest on equality and mental health measurements. One might then assume that they offer the best model to adopt. Still, there are other societies from the twentieth century that have pursued more rigorous measures to eliminate inequalities, like the Soviet Union and Cuba. The authors missed an opportunity to see if their efforts translated into better mental health conditions or if there were other institutional influences that negated these benefits.

Instead, they focused on the pre-civilizations of hunters and gatherers that sustained egalitarian social environments. They note that the introduction of agriculture required a routine division of labor. This change brought about social evolution, one that created class divisions and subsequent inequalities, causing greater psychological stress. It is apparent that inequalities have been part of our human culture going back a long time. Although, they argue that the data show it has grown ever greater.

The authors propose practical steps that a country can pursue to narrow the existing and growing inequality gap and improve the overall health of its citizens. Countries can nourish the development of cooperative organizations for manufacturing and the delivery of services that the private businesses provide, such as health care and retail services. A more systematic measure would be to democratize the economic field and corporate structures in order to give employees more of a say over their everyday activity. Some of the most economically developed democracies have achieved greater equality by pursuing these practices.

For the US to take these approaches, our culture of valuing individual competition more than community cooperation would have to change. This book hopes to readjust those values, by showing that a more equal society leads to a better society for everyone. 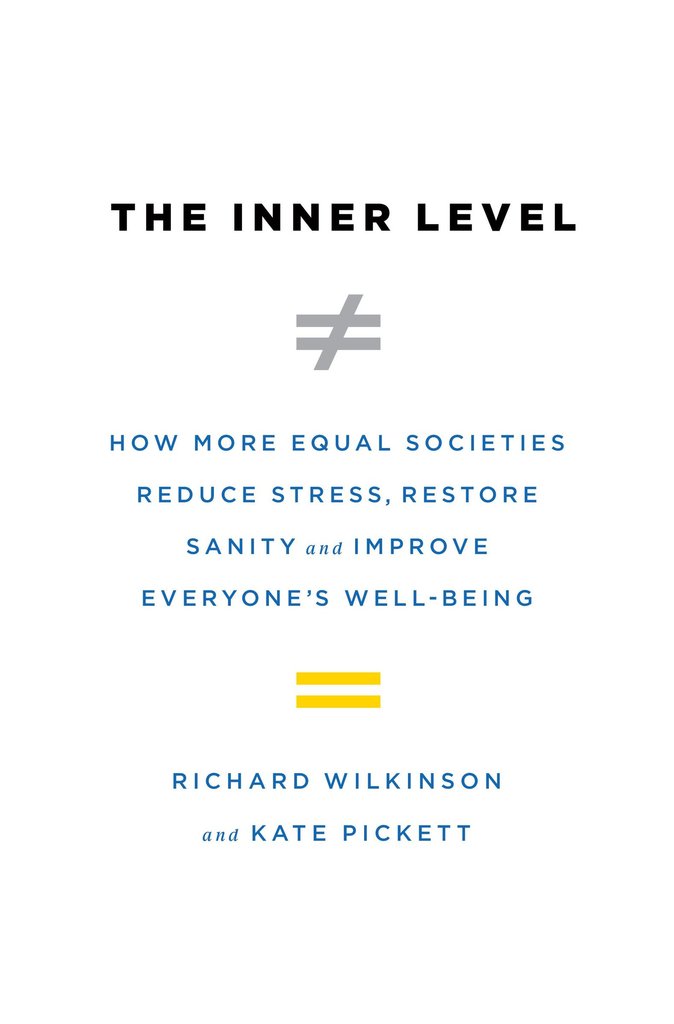