Writing a book about the 2016 election means inviting readers to a sumptuous buffet with too many delicacies to devour — some will be left untouched. That’s the predicament any writer faces in describing what the heck happened. So I was hesitant to review Ben Fountain’s “Beautiful Country Burn Again.” With so many political pundits already dissecting the mounds of data on that election, how could a novelist compete?

But I was not disappointed. Fountain brings a unique and thoughtful assessment to the subject matter. With fluid, captivating writing and hilarious quotes and descriptions, he details each candidate’s foibles, blithely ticking off each month of the campaign.

His sympathies are with the Bernie Sanders tribe, but Sanders is not presented as a charismatic leader. “Bernie’s oratory exists on much the same level as his clothes: nothing fancy, but they get the job done,” writes Fountain. “He picks his words like stepping over puddles.”

Meanwhile, Fountain points out Hillary Clinton’s hypocrisy when she tells a campaign rally in Davenport, Iowa, that “No bank is too big to fail, no executive too big to jail” by reminding readers that the Clintons “began steering their party toward the faith-based free-market orthodoxy of the ‘Chicago school’ of economics” in the early 1980s. Their effort paid off. After Bill Clinton left office, the power couple pocketed more than $125 million in speaking fees, mostly from large corporations, banks and investment firms. Of this, Fountain writes: “It’s no wonder that a collective howl rose across the land when Hillary told Diane Sawyer in an interview, ‘We came out of the White House not only dead broke but in debt …’”

Fountain sharply defines candidate Donald Trump, too, explaining that Trump’s “challenge was to take Method acting to its extreme, cultivating the raw material of his personality into an ever more authentic performance of himself.” “Trump is more about art than the politics,” writes Fountain, who suggests Trump’s appeal is explained by the public essentially getting bored with the time-consuming business of voting, and exchanging it for entertainment. How else to account for huge Trump rallies like the one that drew 30,000 to an open-air football stadium on a blistering day in Alabama?

Fountain begins each chapter with a Book of Days section, a collection of political and cultural notes on events and statements that captured the zeitgeist of that month. At first I thought it was just too eclectic, but as the months rolled on, I sensed an underlying message.

That message holds the many moving parts of 2016’s politics together: This country is at a crossroads similar to the ones we faced during the Civil War and the Great Depression. The Trump election was a case of identity politics — white-identity politics over economic interests. From there, Fountain proposes two explanations for what happened.

The first is that identity politics is economic; freedom, for millions of Americans, is regarded as a finite resource, a pie to be divided up. The organizing principle is tied to race and gender, and boils down to understanding that profit is proportionate to freedom. If you can keep someone else down, there is more profit and freedom for you.

The second proposition flows from the first: “the less freedom you have, the more readily you’re subject to economic plunder,” a correlative of subjugation. Fountain sees that the rise of neoliberalism, championed by Bill Clinton, has led to greater “income inequality, stagnant wages, wholesale offshoring of American jobs and massive concentrations of wealth — and the outsized political influence that comes with it …”

It’s not a new message; many other writers have offered similar versions. But not only is Fountain more entertaining, he more clearly illustrates how a cultural undercurrent of divisive economic interests, which has caused this nation to go up in flames in the past, is once again driving a populist surge against the status.

Nick Licata served on the Seattle City Council for 18 years until his retirement in December 2015 and is the founding board chair of Local Progress, a national network of progressive municipal officials. 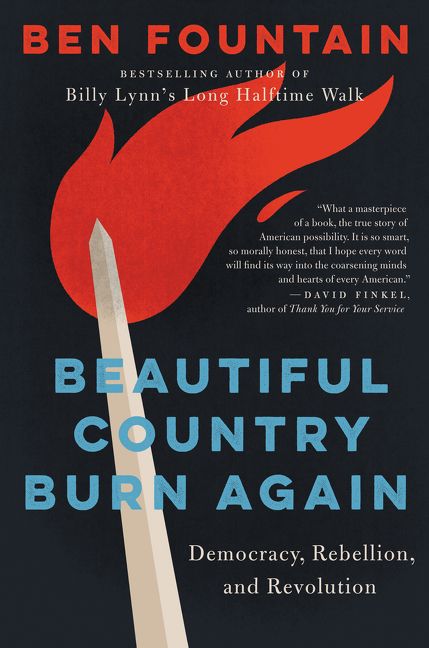